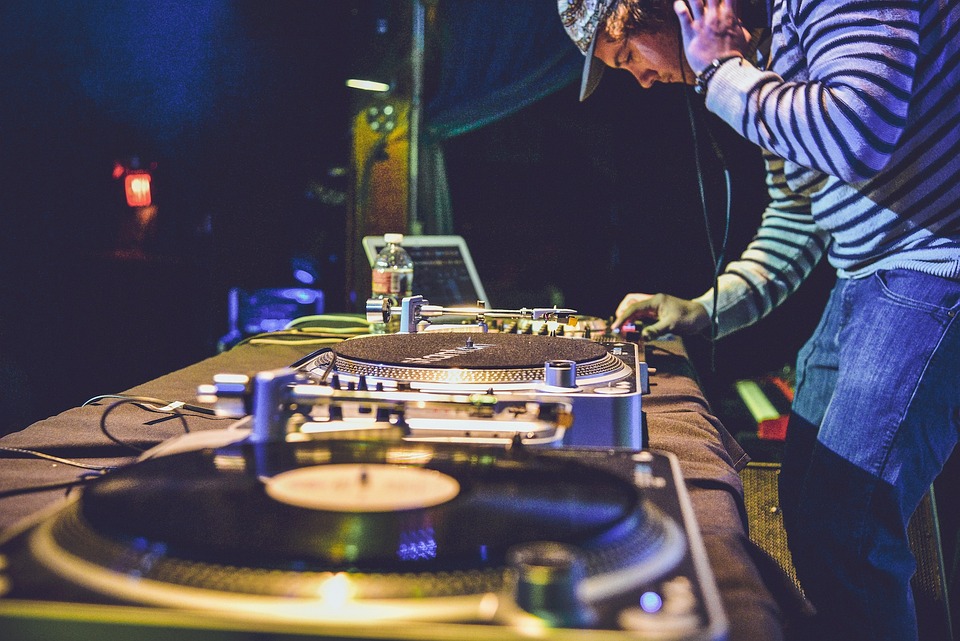 Today, we'll talk about the complete DJ setup. This includes a façade table mixer, a little mini mixer, wireless mics, mic, speakers, lights, and everything that you will need for a standard DJ setup for around $1,000. Depending on a few things that you get, you can upgrade or downgrade some gear.
Let's get started.
Table
____

You should be able to find one from your parents or garage sales. Usually, tables are pretty easy to come by. You can find one for $20 on Facebook Marketplace. Finding used gear is a great way to save a lot of money on your first setup.

You can spend $30 for speaker stands if you want to get the Amazon Basics. You can also look for them on Facebook Marketplace where you can find a better brand for about the same price.

This is the most expensive portion of the entire setup.
If you search hard enough on the Facebook marketplace or on eBay, you can find a pair of used EV ZLX 12P for right around $400 or you could probably find a pair of Mackie Pumps for around $400 as well. So with a $1000 setup, we’re considering that you are buying a used EV ZLX 12P or Mackie Pump.
DJ Controller and Mixer
_____ 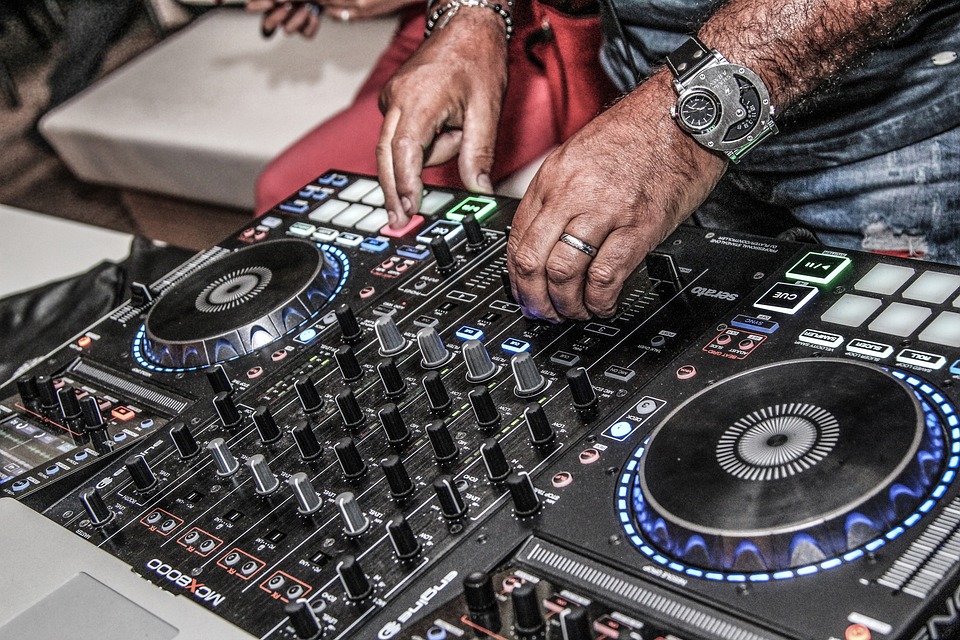 The Pioneer DDJ 200 is beginner-friendly and can be used using your phone, computer, or iPad. It’s a compact standard Pioneer layout and very versatile. It has two decks, two jog wheels, volume, crossfaders, effects, and performance pads. To hook it up, just plug the USB cable into your computer. But if you're using a phone, you can hook it up to a little power brick and plug it into power. They also include a cable like the Y cable which has both an output for audio and headphones and has a Bluetooth connection. Currently, the Pioneer DDJ 200 is $150 so it fits into our budget nicely.
We also have the subzero mixers. They’re flawless for use and have two channels. You can just directly plug your music and your microphone directly and the XLR or quarter-inch. There’s a gain knob, high mids, and lows that you can adjust. You also have your headphones out in case you have the videographer trying to get your audio. You have backup channels as well so you can plug a backup mix through that if your gear crashes for any reason.
The SubZero SZ-MIX04 is $55. It’s the cheapest and best mixer we found to fit the budget for this $1,000 setup.
Microphones
____ 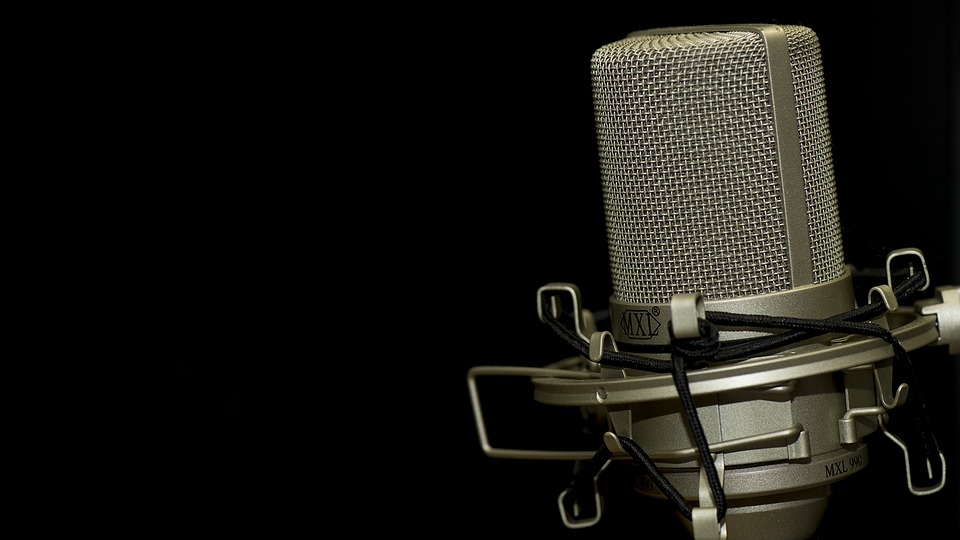 We have the GTD Audio Wireless Mics. It’s the G- 733. Some of the awesome features of these mics include two channels for each receiver. You can go left and right and control them separately or you can use a mix out which controls both on the same line out a cord. The cord comes with the kit so that’s one less cord you have to buy. It comes with a quarter-inch cable that you can use for the setup. When you order these, you can either get two handhelds, or you can get a combo with one handheld and a lapel microphone. So you could use this setup for a ceremony at no additional cost. Price-wise, you are looking at $150. If you want to get even cheaper on your setup and get a little bit less than $1,000, you can go with Tecnica Wired Microphone. It only costs $8 and sounds pretty good.

Although it’s not the greatest, it will do fine for general announcements.

Now let’s talk about the cables that connect everything because you can't just buy the gear, you got to buy the cables too.

We have the power cables, which are 15-foot surge protectors. They have six outlets on them and they're 15 feet long. We also have one that has a flat end to it too, which is very handy for plugging into outlets. You can use two of these, one of them is going to be used to power everything and then the other one is going to go up to the T bar which has all the lights that you can use in your setup.
The audio cables that you can use are a quarter-inch on one side to an XLR on the other side. Those go from your miniature mixer, into your inputs on your speakers. Then your speakers will come with two IEC power cables. That is how you power your speakers and plug your audio through your speakers.
You would also need an aux cable with a headphone 2 XLR cable. All the cables that you are going to run $40.
So you're all set and ready to DJ and all you need are some lights. You can use a basic T bar that goes up to 10 feet in the air. You can use the Odyssey One which is outside the budget or the one that costs $35.It's very cheap and works well. You can mount up four lights onto it. You can use the Chinese knockoff pars. They're great for what they do. Especially if you're on a budget, these lights work out well. So for four of these Chinese pars are $90 and for the T bar, it's going to be $35. That is what we're going to be using for lighting in your setup.
Façade
____
The Cedars Link Event DJ Façade costs $120. It comes with a bag and an extra pair of scrims. If you don't want white, you can go black folded up. It will fit into any small four-door car, maybe even a two-door car if you try.
So this is your $1000 DJ Setup. You don't have to drop a bunch of money on it say, to complete a wedding. It will fall on your skill and how well you know your gear. This will do the job. The speakers are a big variable. It's gonna be the most amount of money on your setup. If you wanted to go a little bit more spend maybe $500 or $600. It will push you up to more or less, right around 1200 for the entire package. Also If you have a laptop, the Pioneer DDJ SB3 is highly recommended. This is a solid beginner controller. It will give you RCA outs. It will also work for Serato and Rekordbox. Instead of the DDJ 200 that costs $150, you’re looking at $250. These are just some variables that you can play around with to make a setup around $1,000 or maybe 1500 If you're looking to buy all new stuff again. You can also find used gear - table, speakers, speaker stands, or even mixer. Some great sources are Facebook Marketplace, Offer up, eBay and Craigslist.
Share Share on Facebook Tweet Tweet on Twitter Pin it Pin on Pinterest
← Back to Music Info